To share your memory on the wall of Aaron Trilling, sign in using one of the following options:

Provide comfort for the family of Aaron Trilling with a meaningful gesture of sympathy.

Aaron was born on September 11, 1930, to Samuel and Hannah (Fanny) Trilling in Atlantic City, NJ. He enlisted in the Army during the Korean War and was in t... Read More
Aaron Jacob Trilling, age 88, passed away on July 6, 2019 in Burlington Twp., NJ

Aaron was born on September 11, 1930, to Samuel and Hannah (Fanny) Trilling in Atlantic City, NJ. He enlisted in the Army during the Korean War and was in the Signal Corps. Upon his return, he continued his collegiate studies. He was offered to be the first chair clarinet player in the Philadelphia Orchestra, but turned it down because he wanted to be a school teacher.

As a Graduate of Temple University he followed his dream to be an educator and taught in the Philadelphia school district at the Henry W. Lawton Elementary School. In the summers’ he spent his time off camping, exploring the parks across the US and Canada with his family. Following retirement, he continued to go camping in addition to traveling all over the world as much as he was able to.

He loved classical music and attended performances regularly at the Philadelphia Orchestra in addition to the Pennsylvania Ballet, Opera and Walnut Street Theater. Many of the family gatherings would have Aaron playing on his keyboard and it wouldn’t take much for him to break out into a tune or two when you were around him. A kind, gentle, witty and humorous family man.

He is preceded in death by his parents, Samuel and Fanny; his first wife, Carol Barfield (nee Abbott); brother Alvin and sister Sandra Piwoz.

Family and friends are invited to a visitation on Friday, July 12, 2019 at 10:30am followed by a Funeral Service at 11:00am at the Mount Laurel Home for Funerals 212 Ark Road Mount Laurel, NJ 08054. Interment will follow at Crescent Memorial Park, Pennsauken, NJ.

In Lieu of flowers, please consider donating in his memory to The Philadelphia Orchestra, (215) 893-1900, https://tickets.philorch.org/donate/#/levels/
Read Less

We encourage you to share your most beloved memories of Aaron here, so that the family and other loved ones can always see it. You can upload cherished photographs, or share your favorite stories, and can even comment on those shared by others.

Posted Jul 09, 2019 at 09:07pm
Prayers to the family, I was blessed to have Mr trilling as a teacher he was my favorite teacher and that one who truly made a difference in my life,he will always have a special place in my heart
Comment Share
Share via: 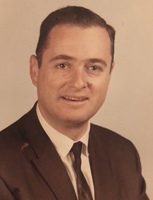 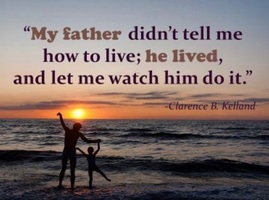