To share your memory on the wall of Albert Kurtz, sign in using one of the following options:

The greatest measure of a man is not quantified by material and worldly possessions, but rather in the wealth and love of his family. Albert G. Kurtz wa... Read More
Albert G. Kurtz, age 92, of Mount Laurel, NJ passed away on Tuesday, June 30, 2020.

The greatest measure of a man is not quantified by material and worldly possessions, but rather in the wealth and love of his family. Albert G. Kurtz was a man of both strength and conviction. When Albert was needed, he would respond with wisdom, dependability, and unconditional support.

Mr. Kurtz was born in Newark, NJ and had resided in South Jersey since 1968. As a very young man, Albert contributed to the manpower of our great nation by serving in the United States Merchant Marines and the Marine Corp. He defended American freedom during World War II and the Korean War. In 1955, he was formally recognized for his service during World War II with no less than seven formal decorations. After a successful career in the military, he began a tenured career in the garment industry. The final chapter of his employment took him to the Philadelphia Naval Yard working as a Quality Control Specialist. After many years of working in both the military and private sectors, Albert decided it was time to retire and enjoy time travelling to numerous places around the world.

When the boys of summer returned each year, you could always count on Albert to be watching his beloved Mets. Baseball had been a close friend of his throughout his entire life. Spring Training, Regular Season, World Series – it did not matter. He was always a willing participant to strike up a conversation about baseball. He was an encyclopedia of the sport and quite often would successfully select teams that would reach post-season play.

Luck is what happens when preparation meets opportunity. Following in his father’s footsteps, Albert pressed lady luck at the race track. He would love to return home bragging about the “big win”. When asked about the amount of winnings for the day, he would gleefully reach into his pocket only to reveal a crisp twenty-dollar bill.

The Kurtz family would like to extend a sincere thank you and sentiment of gratitude to
Dr. Stephen Land, Virtua Primary Care in Moorestown, NJ, for the many years of care and concern.

Albert was preceded in death by his siblings, Louis Kurtz, Seymour Kurtz, Jean Kurtz, Dorothy Sayre, and Minalee Carson. He was survived by two sisters, Barbara Bayer and Mickey Bullock.

Friends and family are invited to a visitation on Friday, July 03, 2020, from 10:00 AM to
11:00 A.M., followed immediately by a memorial service at 11:00 A.M., both at the
Mount Laurel Home for Funerals, 212 Ark Road, Mount Laurel, NJ. At the request of the family, private interment will be held at Brigadier General William C. Doyle Memorial Cemetery.
Read Less

Receive notifications about information and event scheduling for Albert

We encourage you to share your most beloved memories of Albert here, so that the family and other loved ones can always see it. You can upload cherished photographs, or share your favorite stories, and can even comment on those shared by others.

Posted Jul 02, 2020 at 11:59am
Please accept our most heartfelt sympathies for your loss... Our thoughts and prayers are with you and your family during this difficult time.

Posted Jul 02, 2020 at 11:52am
My most sincere condolences to the family and friends of Al. We met Al and his family in the late 1960's and came to know him well. Never will one find a man who was more devoted to his family, a man who would make any sacrifice necessary for them. He was truly a good husband, father, neighbor and friend. He will be sadly missed.
Comment Share
Share via:

Thank you so much Mrs. McGinley. I w ill never forget the Boys " my eyes" and "Andy good Boy" 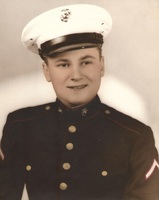 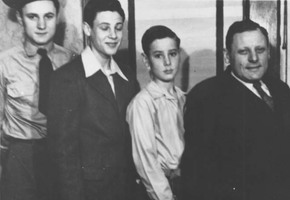 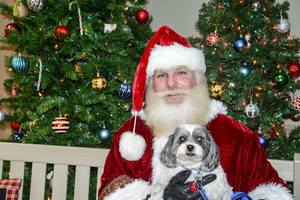