To share your memory on the wall of Anthony DaGrosa, sign in using one of the following options:

Provide comfort for the family of Anthony DaGrosa with a meaningful gesture of sympathy.

Anthony Paul DaGrosa, Sr., 82, of Cinnaminson, New Jersey, passed away on Friday, November 16, 2019.
Mr. DaGrosa was born in Philadelphia, PA. He was a graduate of Roman Catholic High School and Drexel University. He was a long time Construction Executive in the Region with Notable projects including Veterans Stadium, Garden State Park racetrack, Turning Stone Hotel and casino as well as most of the South Jersey Hospitals and Health Care Facilities. International Projects included the Sea Land Port Facility in Jeddah, Saudi Arabia and the American Embassy in Colombo, Sri Lanka. He was a member of the Moorestown First Presbyterian Church.

He was preceded by his Wife Janet of over 60 years and Grandson Anthony, III.; He is survived by children, Anthony, Jr. (Kay), Pamela Cole (Philip), Scott (Karyn), and Karen Ejdys; grandchildren, Jennifer, Courtney, Danielle, Rachel, Troy and Alina; great-grandchildren, Grayson, Penelope and Flynn; his many nieces and nephew as well as his beloved companion Muffy.

A Memorial service will be held by the Family at a future date privately. In lieu of flowers, the family is requesting donations in his memory be made to Samaritan Hospice Voorhees in Voorhees, NJ. https://samaritannj.org/giving/donate-now/ & N.O.R.D. (National Organization for Rare Disorders) https://nord.secure.force.com/pmtx/dn8n__SiteDonation?id=a1w1G0000015BvD
Read Less

We encourage you to share your most beloved memories of Anthony here, so that the family and other loved ones can always see it. You can upload cherished photographs, or share your favorite stories, and can even comment on those shared by others. 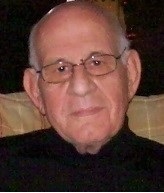 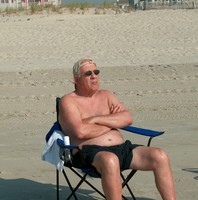