To share your memory on the wall of Bartholomew Bastian, sign in using one of the following options:

Provide comfort for the family of Bartholomew Bastian with a meaningful gesture of sympathy.

Bart was born In Philadelphia, PA, but moved to Vineland, NJ at age 10.
He attended Sacred Heart High School. Bart entered the Air Force in September 1961
and was stationed at McGuire AFB where he loved to pitch for the baseball team. He met his
wife, Carol, of 55 years while he was in the service.

They raised their family in Beverly and eventually moved to Mount Laurel. Bart loved all sports, both, playing and watching including bowling which he did for many years with his friends in several organized leagues. Bart coached the boys’ basketball team “The Beverly Bullets. He also helped to institute a girls’ softball team and created the Beverly outdoor basketball league. Bart created and coached The Beverly Bulldogs Babe Ruth River Front League. He was a member of The Beverly AC Club for many years. Bart loved his Philadelphia sports teams The Eagles, Phillies, Flyers & Sixers. Thank you to the Philadelphia Eagles for giving him his Super Bowl win before he left us. Bart was always excited to watch his grandchildren play sports and absolutely loved being involved with them. He enjoyed many years of smoking cigars on the deck while on vacation in Ocean City, NJ and The Outer Banks. More than anything else, he loved spending time with his family. Best known for his many fun pools and going by the name of Longshot Lew. We will try to continue his Legacy to keep all the fun going. Bart worked for Met Life, Brown & Bigelow and ended his career with 35 years working as an auditor for Merchants Insurance Group.

Bart was preceded in death by his parents, Bart B. Bastian Sr., and Dorothy (Fillius).
He leaves behind his loving wife, Carol Bastian, his children, Brian Bastian (Maryann),
Colleen Donado (Jaime), Kelley Conover (Ryan) & Nora Schoonmaker (Mike). He also leaves behind 10 grandchildren, Corie, Thomas, Dominic, Rachel, Jaime, Joseph, Kalie, Aydan, Alexis, Phoebe, and 1 great granddaughter Paisley, as well as his sister, Karen Bethke (Jim).
Bart touched many lives. He will be dearly missed by all who knew him. Football Sundays will never be the same.

Memorial Mass to be held at a later date due to the circumstances in the world today.

In lieu of flowers, donations may be made to Toys for Tots in Bart’s memory.
www.toysfortots.org
Read Less

Receive notifications about information and event scheduling for Bartholomew

We encourage you to share your most beloved memories of Bartholomew here, so that the family and other loved ones can always see it. You can upload cherished photographs, or share your favorite stories, and can even comment on those shared by others. 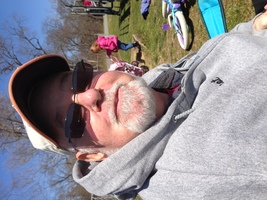