To share your memory on the wall of Carl Hauck, sign in using one of the following options:

Provide comfort for the family of Carl Hauck with a meaningful gesture of sympathy.

Carl was born in Passaic, NJ and resided in Clifton, NJ, before moving to Columbus, NJ. A graduate of New York Military A... Read More
Carl William Hauck, Jr.

Carl was born in Passaic, NJ and resided in Clifton, NJ, before moving to Columbus, NJ. A graduate of New York Military Academy and Dean College, he was a championship lacrosse player and later, a youth coach. He proudly served his country from 1961-66 as a Lance Corporal in the U.S. Marine Corps. He worked in textile manufacturing and sales his entire business career. A long-time member of St. Philip the Apostle Church community in Clifton, he currently attended St. Katharine Drexel Church in Columbus.

Carl had many loves. He dearly loved his wife, Anne, and delighted in his children and grandchildren, who called him Pappy. Dogs were his animal of choice. Champ, Brady, Leo, Osi, and Marlee were family members too. He was passionate about sports, especially the NY Giants and Mets. He enjoyed reading spy novels and war history, watching Westerns, listening to 50’s and 60’s music (especially Elvis Presley), and American politics. He prided himself on his love for his country.

Above all, he loved his family. He cherished his time with them and celebrated life with his infectious smile and compassionate spirit. He was a man for all seasons.

Out of concern for public safety, and the desire of family and friends to honor him
befittingly, the family has chosen to have a memorial mass and service at a future date. Family and friends will be notified of the details as these become available. In lieu of flowers, donations may be made in his memory to ALSAC/St. Jude Children’s Research Hospital, 501 St. Jude Place, Memphis, TN 38105.

Receive notifications about information and event scheduling for Carl

We encourage you to share your most beloved memories of Carl here, so that the family and other loved ones can always see it. You can upload cherished photographs, or share your favorite stories, and can even comment on those shared by others.

Posted May 07, 2020 at 12:18pm
We plant these trees in honor of all Mr Hauck did as a man and a father to raise a wonderful son. Our hearts and prayers are with Ryan and his family

It has taken me a little bit of time since your passing to gather my thoughts and figure out how to properly make tribute to such an amazing and strong man. The simple fact is that you made me the person I am - not by your words, but by your actions, love, and selflessness. You taught me by example, by how you treated your family, by how you treated others, and by the difference you made in some many people’s lives. I can only hope to become half the man you were.

I miss you every minute of every day, and would give anything to sit with you, watch a baseball (NY Mets of course) game, and share a beer. It pains me to know that we cannot celebrate holidays, birthdays, or family events together – those will now be shared in a different way.

You were the most loving Pappy to Gabe, Lexi, and Caleb, who miss you tremendously, and will love you forever, remembering all of the happy memories. It also pains me that the grandkids will be unable to make even more memories with you. But, they will never forget those already made which will be etched in their memories forever.

I don’t think you’ll ever know how proud I was of you that you were a U.S. Marine, and honorably served our country with strength and pride. It was my absolute pleasure and honor to call you every Veteran’s Day to thank you for your military service. You thought I was silly for taking the time out of my day to make the call, but a call was the least I could do for what you did.

Keep sending us signs – we’ve already seen a few since last Monday. Rest comfortably now, and know that you will always be loved, always be missed, and never be forgotten. I love you Dad, and thank you for being who you were.

Posted Apr 30, 2020 at 10:47am
We will always remember the children's birthday parties with our two families including the grandparents. We shared our love for the NY Giants, but when it came to baseball we were at friendly odds. We also enjoyed the alligators at Hilton Head (not so much me and Anne). You and Lee kept teasing us about them. We had a lot of fun over the years You were more than a friend. We were all family.
Love Forever,, Lee and Linda 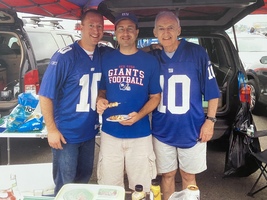 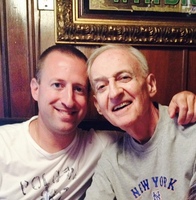 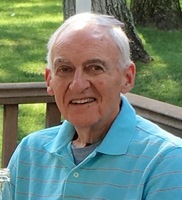