To share your memory on the wall of David Moorman, sign in using one of the following options:

Provide comfort for the family of David Moorman with a meaningful gesture of sympathy.

Dave graduated in 1975 with a mechanical engineering degree from the University of Dayton. He worked for the Boeing Company for 26 years, retiring at age 55. As Executive V-22 Program Manager and Chief Engineer, he served as a highly respected and well-loved mentor and coach, helping to build and nurture many careers. During his years with Boeing, he and his family resided in Derby, Kansas; West Deptford, New Jersey; and Drayden, Maryland.

Early retirement allowed him ample time to enjoy his favorite hobby, golf. He was a member of Town and Country Golf Links in Woodstown, New Jersey throughout most of his retirement. A highlight of his playing career was a hole in one, which he achieved while enjoying a round of golf with his son and son-in-law.

As a thirteen year volunteer in the AARP Foundation Tax-Aide program, Dave served not only in many positions at the local level, but also as Regional Technology Advisor and as a member of the National Technology Committee. In 2019 he was awarded the Tax-Aide Fellow Award in recognition of his many significant contributions to the program.

Details regarding a celebration of Dave’s life will be announced at a later date.

Memorial donations may be made to Americares, at the link below, or Magee Rehabilitation Excellence Fund, Magee Riverfront, 1500 S. Columbus Blvd., Philadelphia, PA 19147.

Posted Apr 08, 2020 at 01:31am
First, my condolences to Dave’s family. Even though I have not seen Dave for almost 50 years I think if we would have met in the past I would have still recognized him. As next door neighbors growing up in our small town we played lots of outdoor games together. May all of you find peace in your loss and find joy in your memories.
Dell (Glaser) Kaser
Comment Share
Share via:
S

Posted Apr 04, 2020 at 03:47pm
We so enjoyed our dinner at Auburn road with Mr Moorman and such a good memory to have today. We are so sorry for your loss and send many hugs and lots of love to all. - the Murphy Family.
Comment Share
Share via: 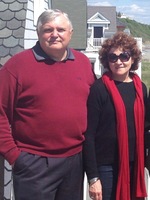 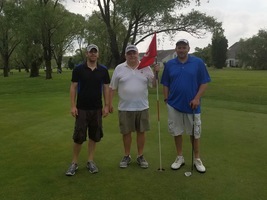 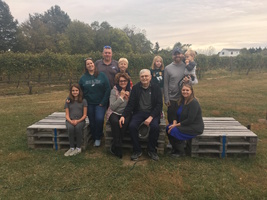 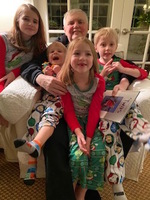