To share your memory on the wall of David Prince, sign in using one of the following options:

After exploring careers in modeling and stand-up comedy, David hit his stride as an advertising professional, which allowed him to combine his business degree and artistic sensibility. He truly loved the advertising industry, and above all, he considered himself a storyteller and a strategist for his clients. Over his thirty-plus year career, he worked in many top agencies, eventually becoming a senior vice president after successfully running his own firm for several years. In 2009, David became an adjunct professor of advertising strategy at City College of New York, which he immensely enjoyed. As many friends and colleagues have experienced, he firmly believed in reaching back as he climbed forward. He felt like his mission was to improve the lives of others he came in contact with, for any measurable length of time, especially through humor and mentoring. David was particularly passionate about promoting diversity and inclusion in his industry and in recent months, had shared completed chapters of a forthcoming book for people of color seeking successful careers in advertising. He knew that “when the right person tells you that you are amazing, you believe it, feel it and act like it.” When recently asked what people should want their legacy to be, he said, “I think we want to be remembered as living our truths. Sounds easy, but it is more difficult than we think.”

David was pre-deceased by his father, Dolph. He is survived by his son, Julian, his loving mother, Patricia, his brother, Tony, sister-in-law, Kim, aunt, Patricia, niece, Angela (Corey), two nephews, T.J. (Misty) and Brian, seven great-nieces/nephews, several cousins and a host of friends and colleagues whom he loved like family. In lieu of flowers or gifts, the family welcomes donations to be made in David’s memory to the Marcus Graham Project, which seeks to widen the pipeline of diverse media and marketing leaders.
Read Less

Posted Aug 27, 2020 at 05:53pm
Shawn-nee
I had the pleasure of working with David’s mom Pat for many years at Ebony
Magazine. Pat would always speak proudly about her sons and tell me about the unique and interesting things David would do and say. His was a talented and special person who excelled at everything he did. I am extremely happy to have known him and pleased that I had the chance to work with him to solicit advertising on several
accounts he worked on. I would like to extend my deepest condolences to Pat and her family on David’s passing. I am blessed to have known such a remarkable man. Rest In Peace David.
Comment Share
Share via:
JF

Posted Aug 22, 2020 at 10:52am
I first met David while in advertising. I was the new guy and David took an interest in me, Would always stop by my cube and give me some sort of greater than necessary hello. As time went on we became friends. I was passing by his office once and he motioned me to come in and sit. Once seated, he turned his computer screen around and had an image of a brain on it, As the cursor hovered over different parts of the brain, the sections would separate in an interactive manner. Without any introduction, he made it clear it was *my* brain and he was diagnosing me. It was an example of his quirky sense of humor. As year went on, David told me I was the second funniest person he actually knew. Of course, he thought he was the first. Agree to disagree.

Many years later I was telling him about some interaction I'd had, David looked at me and said I bet that p*ssed you off. I paused and said it did and asked how he knew. He said because x, y an z p*sses you off. I laughed and said yeah, it does. At that moment, I realized this guy actually knows me and is paying attention.

We'd drifted in recent years, but I always felt he was still there in a break glass in case of emergency kind of way. David was a teacher in many ways. If his passing was his final teaching moment, I think the lesson is take nothing for granted. Time passes quickly.

Posted Aug 21, 2020 at 06:01pm
David and I were friends all through high school and thereafter. I will never forget he surprised me at his house with my favorite ice cream from baskin Robbins. He drove 30 min with his air conditioner on in the dead of winter so it wouldn’t melt. All the kind things he has done will be with me always. RIP David, you were an amazing person and will be missed... Melanie
Comment Share
Share via:
LW

Posted Aug 21, 2020 at 04:34pm
Love and respected David. We had many conversations about the advertising industry...how to progress in it and make it better. I regret that we didn't speak more often. It was like we believed the other would always be there to call on when needed. David will be greatly missed. - Larry Woodard
Comment Share
Share via:
CB 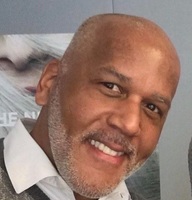 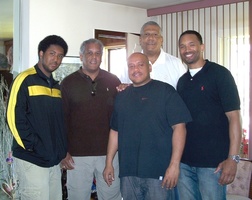 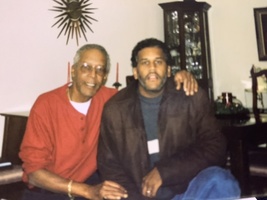 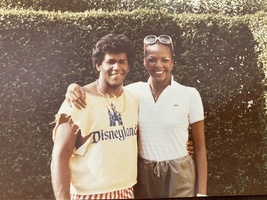