To share your memory on the wall of Donald Villanova, sign in using one of the following options:

Print
Donald Michael Villanova, a longtime resident of Mt. Laurel, NJ, passed away on Monday, June 29th, 2020, at the age of 88.

Don grew up in Wayne, PA and graduated from Radnor High School in 1950. He served in the Army in Korea from Janua... Read More
Donald Michael Villanova, a longtime resident of Mt. Laurel, NJ, passed away on Monday, June 29th, 2020, at the age of 88.

Don grew up in Wayne, PA and graduated from Radnor High School in 1950. He served in the Army in Korea from January 1953 to January 1955.

He worked for the R.T. French Company for over 37 years. After Don retired from French’s, he worked at the Home Depot in Mt. Laurel from the day they opened in 1993 until February 2019. He enjoyed helping and talking with people that came into the store and often described his job as “playing,” not working.

Over the years, Don had many hobbies and interests including boating, woodwork, camping, hiking, motorcycling and doing various home projects. He liked visiting lighthouses, and enjoyed day trips to any shore town. His passion was bicycling. A perfect day for him included a long, long bike ride. He was a long time member of the Outdoor Club of South Jersey and while in that club, he led many group bike rides.

Don is predeceased by his brother, Joe Villanova; and his daughter-in-law, Lisa Silva. He is survived by his wife Kathe Villanova (nee Luck); his children, Linda Sponaugle (Bob) and Mike Villanova; his grandchild, Jill Villanova; his sisters, Margo Villanova and Alyce Jean Richardson (Terry); and his nieces and nephews.

At the request of the family, funeral services will be private. Arrangements by Mount Laurel Home for Funerals.
Read Less

Receive notifications about information and event scheduling for Donald

We encourage you to share your most beloved memories of Donald here, so that the family and other loved ones can always see it. You can upload cherished photographs, or share your favorite stories, and can even comment on those shared by others.

Posted Aug 12, 2020 at 04:30pm
To the Villanova Family, Please accept our sympathy on the passing of your husband and father. Our thoughts are with you. The Anthony Dain Family

3 trees were planted in the memory of Donald Villanova

Posted Jul 01, 2020 at 12:29pm
Condolences to the Villanova family! Don was a great sharer of his knowledge and served his family, friends, and this world well. RIP Mr. Villanova! Lori & Andy Graham
Comment Share
Share via: 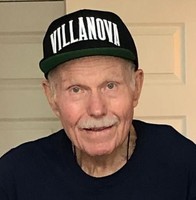 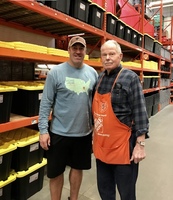 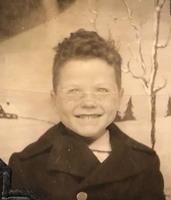