To share your memory on the wall of Joseph Kuzinski, sign in using one of the following options:

Mr. Kuzinski was born in Passaic, NJ to Adolph and Helen Kuzinski (nee Idec). He had resided in Garfield, NJ before moving to Mount L... Read More
Joseph Peter Kuzinski, of Mount Laurel, NJ passed away on Friday, June 12, 2020. He was 73 years old.

Mr. Kuzinski was born in Passaic, NJ to Adolph and Helen Kuzinski (nee Idec). He had resided in Garfield, NJ before moving to Mount Laurel in 1972. Mr. Kuzinski served his country honorably, in the United States Army, during the Vietnam War. After his military service, he worked as a crane mechanic and electrician for the Delaware River Stevedores, in Philadelphia, for 48 years.

A memorial service will be held at a later date.
Read Less

Receive notifications about information and event scheduling for Joseph

We encourage you to share your most beloved memories of Joseph here, so that the family and other loved ones can always see it. You can upload cherished photographs, or share your favorite stories, and can even comment on those shared by others.

3 trees were planted in the memory of Joseph Kuzinski

Posted Jul 07, 2020 at 04:13pm
Joe, we thank you for warmly welcoming us into your home and family. We will always remember your charm and wit that engaged our laughter with every visit. It has truly been our privilege to have known you Joe. RIP on tranquil waters.

Our deepest sympathy to all of Joe's family and friends.

Posted Jun 16, 2020 at 08:45pm
I am Joe's wife Janet,
I Met You in 1968, and we married in 1969. We shared our lives for 50 years. We did everything together. I am going to miss him dearly, but we were able to get the last 24 hours together, and I was able to kiss him goodbye. I'll have that in all of our memories to hold in my heart. I love you sweetheart
Comment Share
Share via:
J

Posted Jun 16, 2020 at 10:26am
I have known him 30 years, as I am married to his son Mark. Joe instilled so many values into his family. Work hard, know your worth, family first ( although he strongly believed) working hard MEANT you were putting your family first. He never forgot to play a little which could mean a trip with his wife to the casino, or a fishing trip on the bay. He is terribly missed. I thank him for everything I have, all the good choices I'll make, and for being there for me even when i was less then gracious. I love you Joe (Dad).
Comment Share
Share via: 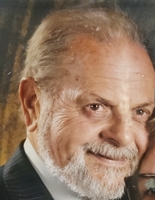 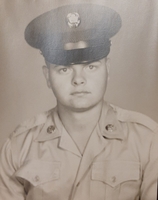