Use the form above to find your loved one. You can search using the name of your loved one, or any family name for current or past services entrusted to our firm.

Click here to view all obituaries
Search Obituaries
Immediate Need
We are here to help you. If you have need of our services, please call us, day or night, at:
(856) 234-6900
To better prepare yourself, we have provided you with some helpful information regarding the immediate need process.
Contact Us / Location
(856) 234-6900
212 Ark Road • Mount Laurel, NJ 08054-6309

To share your memory on the wall of Kenneth Cowan, sign in using one of the following options:

Print
Kenneth Francis Cowan, age 88, passed away in the early morning hours of Wednesday, October 8, 2020. Although quarantine restrictions kept her from his bedside, his daughter kept vigil at home.

Ken was born and raised in Jersey City befo... Read More
Kenneth Francis Cowan, age 88, passed away in the early morning hours of Wednesday, October 8, 2020. Although quarantine restrictions kept her from his bedside, his daughter kept vigil at home.

Ken was born and raised in Jersey City before he and his wife, Barbara, settled in the Township of Washington where they lived and raised their family for 32 years.

Ever the consummate salesman, Ken personified the Irish gift of gab. He often boasted of an apocryphal trophy case that contained awards for whatever the topic of discussion happened to be. While this trophy case remains lost to history, he did amass awards commemorating a hole-in-one on the golf course and a long, successful career selling auto parts. His ability to identify the year, make, and model of any classic car on sight was extraordinary.

Ken was a very well-known member of the community who knew everyone in town through his work as a member of the Township of Washington Volunteer Ambulance Corps. As a crew chief, Ken provided assistance to Township residents in need of emergency medical care. His dedication to the community did not stop there. Ken established the Youth Squad to provide teenagers with an opportunity to volunteer and learn the ropes of emergency medical care. As president, Ken oversaw the financing, construction, and dedication of the headquarters that is still home to the Volunteer Ambulance Corps today.

Ken was always a pillar of his neighborhood and the life of the party. Each night he would act as a pied piper for the neighborhood kids, organizing games of baseball and football, and teaching anyone who needed to know how to field a grounder or throw a spiral. He is still remembered as “the fun one” of all the parents on the block, and his backyard parties were the stuff of legend. Every Fourth of July, Ken would deploy his skills as a salesman to convince the local police that the fireworks spectacular they were called to investigate was “just a few firecrackers for the kids” and that they should return after their shifts to investigate the beer cooler instead.
Sadly, Ken’s son, Kenneth Jr., and his wife Barbara, pre-deceased him. He is survived by his daughter, Lori Beth Canfield; his grandson, James Canfield; his cousin, Joseph Leach; and many beloved nieces, nephews, godchildren, and cousins.

A visitation for friends and family will be held on Monday, October 12th, from 9:30-11:00 AM at the Mount Laurel Home for Funerals, 212 Ark Road, Mount Laurel, NJ. A mass of Christian Burial will be celebrated immediately following the visitation at 11:30 AM at Saint John Neumann RC Church, 560 Walton Avenue, Mount Laurel, NJ. Ken will be laid to rest alongside his beloved son and wife on Tuesday, October 13th at 11:00 AM at Pleasant Hill Cemetery, 85 Pleasant Hill Road, Chester, NJ.

In lieu of flowers, donations in memory of Kenneth F. Cowan, past president and life-time member, can be made to the Township of Washington Volunteer Ambulance Corps., 354 Hudson Avenue, Township of Washington, NJ 07676, or online at https://www.twpofwashington.us/site/cpage.asp?sec_id=180007231&cpage_id=180036458
Read Less

Receive notifications about information and event scheduling for Kenneth

We encourage you to share your most beloved memories of Kenneth here, so that the family and other loved ones can always see it. You can upload cherished photographs, or share your favorite stories, and can even comment on those shared by others. 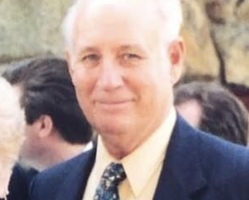