To share your memory on the wall of Kristina Jones, sign in using one of the following options:

Mrs. Jones was born and raised on the island Guam and moved to Mount Laurel 38 years ago. Kristina was very talkative and w... Read More
Kristina Leon-Guerrero Jones, age 59, passed away while surrounded by loving family on Friday, February 28, 2020.

Mrs. Jones was born and raised on the island Guam and moved to Mount Laurel 38 years ago. Kristina was very talkative and was the life of the crowd. And while she was very open, she was also a very accepting individual. Her baking skills were said to be exceptional and unprecedented. But above all, she cherished the time spent with family and will be deeply missed by those she leaves behind.

A visitation will be held on Saturday, March 7th from 12:00 to 2:00 PM at the Mount Laurel Home for Funerals, 212 Ark Road, Mount Laurel, NJ. Final disposition will be private.
Read Less

We encourage you to share your most beloved memories of Kristina here, so that the family and other loved ones can always see it. You can upload cherished photographs, or share your favorite stories, and can even comment on those shared by others.

Posted Mar 06, 2020 at 08:24am
I fondly remember how Kris used to laugh at me when I would beg her to call me everytime she baked. She broke down a few times and made me my own Pumpkin Rolls. (The Best I Ever had) I will miss seeing her at Family gatherings, her stories and our Animated conversations. She will be Sorely Missed. Sending Love and Heartfelt Condolences to the Family. Kimberlee, Marcus and Gavin White
Comment Share
Share via: 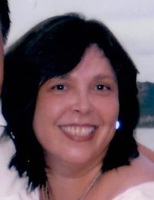