To share your memory on the wall of Lenora Bush, sign in using one of the following options:

Print
Lenora Joyce Bush (nee Harris), age 83, of Pennsauken, NJ passed away with her loving husband by her side on Monday, April 6, 2020.

Lenora Joyce Bush was born January 22, 1937 in Jacksonville, Florida. She was the second of three childre... Read More
Lenora Joyce Bush (nee Harris), age 83, of Pennsauken, NJ passed away with her loving husband by her side on Monday, April 6, 2020.

Lenora began her education at St. Ignatius Catholic School and later graduated from West Catholic Girls High School. After the completion of her high school education, she continued her education at Cheyney University and received a Bachelors of Science in Education. Lenora was later awarded a Masters of Arts in Education from Temple University.

Lenora was employed with the School District of Philadelphia from 1958 until her retirement in 1991. She began working at that Nathaniel Hawthorne Elementary School and then the Frank Palumbo Elementary School in South Philadelphia. She had a passion for teaching and loved all of the children and families she worked with.

Lenora was baptized in 1975 and became a dedicated servant of Jehovah. She served as a zealous auxiliary pioneer for the East Camden Congregation. Lenora was devoted to Jehovah and ministered to people all over her territory for many years.

Lenora was the true matriarch of her family and was blessed with her first grandchild in 1991 and spent the next decade caring for all of her grandchildren. She had a love for music and frequently took her grandchildren to concerts in the park that they affectionately called, "The Funky Party".

After her stroke in 2002, Lenora spent the first few years rehabilitating at her home. Her loving husband Sonny was her caregiver for many years. Sonny would take her to visit with her grandchildren weekly for "Grandparent Night". Lenora's stroke restricted her mobility but, she continued to enjoy life at home with her husband, family, and friends.

Receive notifications about information and event scheduling for Lenora

We encourage you to share your most beloved memories of Lenora here, so that the family and other loved ones can always see it. You can upload cherished photographs, or share your favorite stories, and can even comment on those shared by others. 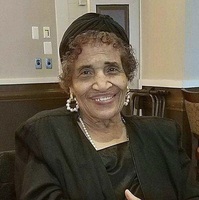 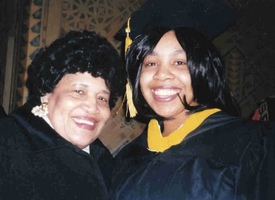 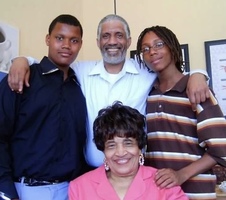