To share your memory on the wall of Leonard Mitchell, sign in using one of the following options:

Print
Leonard, J. Mitchell, of Cherry Hill, NJ passed away on Wednesday, April 8, 2020. He was 98 years of age and had lived a long and blessed life.

Mr. Mitchell was born in Covington, PA to Albert and Justine Mitchell (nee Mahonsky). He se... Read More
Leonard, J. Mitchell, of Cherry Hill, NJ passed away on Wednesday, April 8, 2020. He was 98 years of age and had lived a long and blessed life.

Mr. Mitchell was born in Covington, PA to Albert and Justine Mitchell (nee Mahonsky). He served his country honorably for 22 1/2 years, in the United States Marine Corps retiring as a Master Sargent E8. His distinguished military career included serving in World War II, and the Korean War. After his military service, he worked as a civil servant, for the Federal Government Department of Defense until his retirement.

Leonard greatly enjoyed sports and was inducted into the Covington PA High School Hall of Fame for basketball and baseball. He was an avid golfer and played weekly during his retirement in Myrtle Beach SC. He and his wife Marge enjoyed being with friends and having visits with family.

A graveside service and inurnment will take place at Arlington National Cemetery, at a later date. Denotations in his honor can be made to a charity of your choice.
Read Less

Receive notifications about information and event scheduling for Leonard

We encourage you to share your most beloved memories of Leonard here, so that the family and other loved ones can always see it. You can upload cherished photographs, or share your favorite stories, and can even comment on those shared by others. 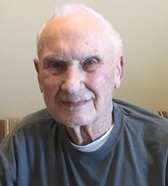 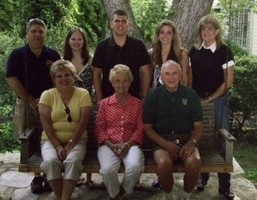 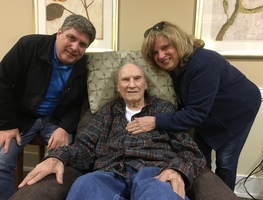 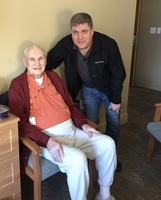