To share your memory on the wall of Richard Harnack, sign in using one of the following options:

Richard was born in East Brady, PA before moving to Mount Laurel 59 years ago. He served his country honorably ... Read More
Richard Bell Harnack, age 85, of Mount Laurel, NJ passed away while surrounded by loving family on Thursday, August 27, 2020.

Richard was born in East Brady, PA before moving to Mount Laurel 59 years ago. He served his country honorably with the US Navy. Richard was extremely proud of his two sons and grandson who have maintained the US Navy tradition in the family.

Richard attended college utilizing the GI bill where he received a Bachelor’s degree from California State College and a Master’s degree in Education from Rutgers University. He was a passionate teacher of the industrial arts for 29 years with a career that culminated with the New Jersey Department of Education. He retired in 1990 to pursue his two passions of sailing and woodworking. His summers were spent sailing Barnegat Bay with his family on his prized possession, a 1978 Tartan 34 classic sailboat with his family. When he was not sailing you would find him in his woodshop. Through his business, Chairman of the Boards, he created and sold his wood creations at the Rancocas Woods craft shows.

He will be deeply missed by those whose life he touched.

At the request of the family, funeral services will be private. Memorial contributions in Richard’s name may be made to Samaritan Health Care & Hospice, 5 Eves Drive, Suite 300, Marlton, NJ 08053 or to his grandson’s foundation at Thomas Joseph Franzese Foundation, 28 Cedar Drive, Allendale, NJ 07401.
Read Less

Receive notifications about information and event scheduling for Richard

We encourage you to share your most beloved memories of Richard here, so that the family and other loved ones can always see it. You can upload cherished photographs, or share your favorite stories, and can even comment on those shared by others.

Posted Sep 15, 2020 at 08:35am
Mr. Harnack was my teacher of mechanical drawing, 8th grade to Junior H.S., and architecture, Senior year H.S. A true friend, mentor, he assisted my entry into college where I selected automotive as my major within education. His influence guided me through a 43 year career in teaching HS a d college, work at GM Corp., owning an automotive mobile repair business and eventually forensic investigation repair business to present day. I will miss Cap’n Dickie as Peg used to call him and his puns, sense of humor.
Truly a good friend!
Fred Allen
Union, Maine
Comment Share
Share via:
FK

Posted Sep 01, 2020 at 02:24pm
The Damm family sends their love to their cousins and Aunt Peggy. Uncle Dick was an amazing, loving man. Remember all the pit stops we used to make at your house when we ran up to New Jersey? All seven of us would get to your house, jump out of the car, eat, run around like Indians then get back in the car and head to Paterson. I remember boating trips, playing in the pool, and so many memories of Uncle Dick laughing. We are thinking of you all. Missing those wonderful days.

Posted Aug 31, 2020 at 05:53pm
Bob Ieradi
It is with a heavy heart that I hear of Mr. Harnack's passing. What a wonderful neighbor to have, as we grew up across the street in Rancocas Woods. Mr. Harnack was the kindest man, even when I broke his window with a baseball. I have wonderful memories of many summers spent swimming in the pool with Todd, Kurt, and Lauren. On rainy days, the Harnack's let us all hang out on their porch to play board games. Mr. Harnack was a craftsman when it came to working with leather and wood. His workshop was well organized, and his attention to detail was evident in his finished work. My family was truly blessed to have him in our lives for many years. My thoughts and prayers to all of you.
Comment Share
Share via:
BS

Posted Aug 31, 2020 at 01:04pm
I am so sorry to hear about Mr. Harnack's passing. I grew up in Rancocas Woods and we were neighbors to him and his family. He made our childhood memories some of the best!!! He would always talk with us, and show us his "quarter in the ear" magic trick. My heart is so sad to hear of his passing. My thoughts and prayers are with his family.
Comment Share
Share via:
FK

Todd, Karen and I send our sincerest condolences to you and your family on the passing of your father. We pray for peace in your heart this day. 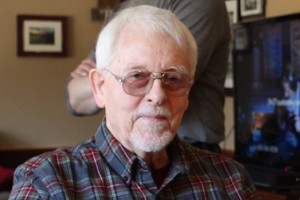 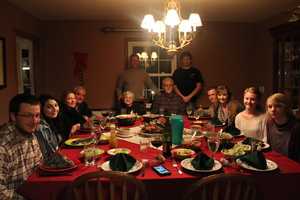 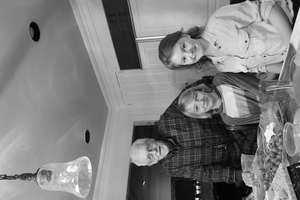 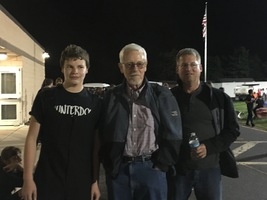