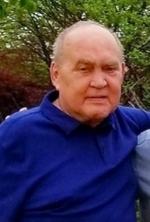 Mr. Pikunis was born in Camden, New Jersey to George and Joanna Pikunis (nee Carpenter). He worked as a Department Manager for Pathmark supermarkets.

At the request of the family, services will be private. Memorial donations can be made to Gift of Life Donor Program https://www.giftoflife.org/contrib