To share your memory on the wall of Stephen Porter, sign in using one of the following options:

Steve grew up in Mt. Laurel and met his would-be wife Maureen in 3rd grade at OLGC. After decades of friendship he married his best friend and soulmate in 2003. He was a devoted dad to his sons Ryan and Brad and enjoyed watching movies, DIY building projects, and sharing his love of Legos with them. His family and friends knew his thoughtful and generous nature and he also enjoyed dishing out some good-natured teasing. Steve was incredibly tech-savvy and enjoyed all his high-tech gadgets. His favorite hobby was collecting autographed sports memorabilia from his favorite teams and players. Steve will be remembered as a kind man with a heart of gold who was fiercely loyal to those who had the pleasure of knowing him.

Stephen graduated from Drexel University in 1994 with a Business Administration Degree. He had a 26 year career at Lockheed Martin where he had a reputation for tough but fair leadership, and was known as a sophisticated businessman with a strong work ethic. He led the acquisition of Sikorsky Aircraft where he held the role of CFO until his diagnosis.

He was predeceased by his father, James S. Porter. He is survived by his wife of 16 years, Maureen (Nee Kavulich) Porter; his children, Ryan and Brad Porter; his mother, Carmella Porter; his siblings, Lisa (Porter) Rudnicki and Jim Porter. He will be greatly missed by everyone who knew him. He was a wonderful husband, dad, son, brother, uncle, friend, neighbor, nephew, cousin, and co-worker.

Donations in Stephen Porter’s name may be made to:

We encourage you to share your most beloved memories of Stephen here, so that the family and other loved ones can always see it. You can upload cherished photographs, or share your favorite stories, and can even comment on those shared by others.

Posted Dec 03, 2019 at 08:26am
I first met Steve close to 20 years ago at Lockheed Martin. I resonate with the statement from his obituary - "he also enjoyed dishing out some good natured teasing." When I met Steve, he was all business, all the time. He never smiled, he just pushed and pushed. One day, he said something odd, that was out of place for (what I knew to be) his character, and I looked at him, and he had a half smirky smile. That was the first time that I knew that Steve was "human", and I could actually relate to him. While he remained straight-laced and very serious, those that could crack that tough exterior knew that he actually did have a sense of humor and a heart of gold.
Goodbye dear friend. You always told me that I would always be older than you (by less than one month), so I never thought that I would have to say goodbye to you. Rest in peace with our Lord. God bless.
Comment Share
Share via: 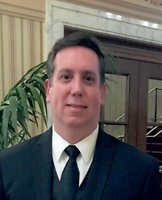 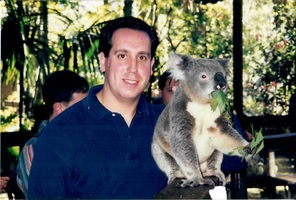