To share your memory on the wall of Cassie Eiferman, sign in using one of the following options:

Provide comfort for the family of Cassie Eiferman with a meaningful gesture of sympathy.

Cassie Eiferman of Mt. Laurel, New Jersey, passed away on August 3, 2019. She was 22. Cassie is survived by her father Ted Eiferman, her best friend and brother Tom, and her beloved grandfather, Geno Mori. She was preceded in death by her mother, Carol (Mori) Eiferman.

Born in Guatemala City, Guatemala, Cassie was adopted by Ted and Carol when she was just eight months old. Her brother Tom and both sets of grandparents greeted her joyfully as she arrived at the Philadelphia International Airport to begin her new life in the United States.

At a young age, Cassie developed a deep passion for horses that lasted throughout her life. At school, it came through in almost every aspect of her schoolwork, from drawing horses in art class to writing stories about them for her English essay homework. She attended elementary school in Mt. Laurel, where her drawings of horses were frequently on display. Cassie’s health issues made finishing high school challenging for her, but as a determined young woman she later earned her degree at the Burlington County Alternative High School in 2015.

As a young adult, Cassie earned many awards through the local 4-H program she participated in. Her passion for horses only increased over time, eventually leading her to enter riding competitions. Her family proudly watched as she won ribbons of all shapes and sizes at the annual 4-H “End of the Year” Awards Banquet. She continued to ride at Suddenly Farm in Lumberton for several years.

Cassie’s beautiful smile often belied her quiet, unassuming personality. Working with horses helped Cassie manage her anxiety and they empowered her. She loved to have friends and family watch her ride whenever possible. When she rode, Cassie was virtually transformed -- beaming with pride and exuberant, in her lovely and quiet way, as she practiced proper riding position, steering, and navigation around the arena.

Cassie found great comfort and care in her dear friends, the Quigleys, and particularly Tracey Quigley who was a close friend of Cassie’s mother. Cassie was a loving sister to her brother Tommy and became a regular fixture at her Pop-Pop’s house in Lumberton after her Grammy, Patricia Mori, passed away in 2016. She and her Pop-Pop became very close over the last few years, sharing lots of love, laughs, and meals together.

Cassie brought warmth, love and her beautiful smile wherever she went. We will miss her dearly.

Friends and family are invited to a graveside service, on Saturday, August 10, at 10:00 AM, at Lakeview Memorial Park, Cinnaminson, NJ.
Read Less

We encourage you to share your most beloved memories of Cassie here, so that the family and other loved ones can always see it. You can upload cherished photographs, or share your favorite stories, and can even comment on those shared by others. 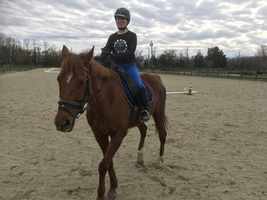 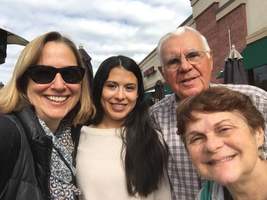 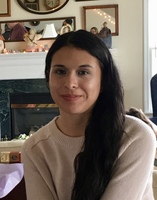