To share your memory on the wall of Daniel Ruotolo, sign in using one of the following options:

Provide comfort for the family of Daniel Ruotolo with a meaningful gesture of sympathy.

On Thursday, March 19, 2020, Daniel J. Ruotolo passed away suddenly at 60 years old. He
leaves behind the love of his life, Patricia (Pat), who together they shared endless memories for
more than four deca... Read More
Daniel John Ruotolo

On Thursday, March 19, 2020, Daniel J. Ruotolo passed away suddenly at 60 years old. He
leaves behind the love of his life, Patricia (Pat), who together they shared endless memories for
more than four decades. His adoration for her was matched with unwavering respect. Born in
Plainfield, New Jersey to Eleanor and Daniel Ruotolo then raised in Hopatong, New Jersey by
his loving mother, Dan is survived by his brother, Rick, sister-in-law, Nancy, and their children,
Mitch, Greg and Shannon, as well as his sister, Danelle. He will also be remembered by his
Aunt Dee, Aunt Dot and many others from his large extended family.

Dan had a well-respected career and as co-founder of Ruotolo, Spewak & Co., he worked sideby-
side with his longtime friend and partner, Greg Spewak, for more than 30 years. They had a
mutual commitment to service and trained countless staff and students. The successful practice
expanded over the years with the launch of affiliate companies. Over the years, Dan
volunteered with many non-profit organizations, participated on local boards, including the
Rancocas Nature Center and Rowan University Accounting Advisory Board, where in 2015 he
received the first-ever Medal of Excellence for Distinguished Service. He was also a member of
the Union League of Philadelphia. Beyond work, Dan had a great talent and love for playing
the drums as well as maintained an active routine that included meditation and long walks on
the beaches of Wildwood Crest.

A social-preneur, Dan’s mission was to make a difference. He may have been an accountant
and financial consultant by trade, but his true passion was giving back and paying it forward.
Family, friends, colleagues and those who met him only once would agree. Dan did that and
more. Having learned the value of mentorship and hard work as a junior in college, he made it
a point to start an internship program, Student Working Professionals (SWP), which became an
independent 501(c)(3) nonprofit organization in 2014. SWP and its mission to transform the
students of today into the stars of tomorrow who will evolve into the socially conscious leaders
of the future, was one of his most notable accomplishments. Dan made a difference in the lives
of so many – young and old from all walks of life. Through his family and friends, his legacy will
go on.

At this unprecedented time, services are postponed yet details for a celebration of Dan’s life
will be shared when available. Memorial gifts in his memory can be made to Student Working
Professionals, 41 Kings Highway N, Cherry Hill, NJ 08034.
Read Less

Receive notifications about information and event scheduling for Daniel

We encourage you to share your most beloved memories of Daniel here, so that the family and other loved ones can always see it. You can upload cherished photographs, or share your favorite stories, and can even comment on those shared by others.

Posted Apr 23, 2020 at 10:29pm
I can just draw from the past year or so during which i had the opportunity to both meet and interact with Dan on a number of occasions. I met him at a Rowan Event and we had a number of events that we both attended and I even got to Tailgate an Eagles Pre-season game with him and the DIGIT crew (They aren't actually EAGLES fans...funny enough). Dan had that thing you can't put a finger on...but its there... like a light of life that just shines out of the guy. He did so much for so many and he didn't care if there was a guarantee of success, he just put it out there for the world to see. That's the thing about people like Dan, they give and they look to make the world a better place...no strings. Were short one incredible human being, and I am saddened by his passing. Godspeed sir, I hope you know that you made a huge impact on the word and inspired so many that knew you.

Posted Apr 23, 2020 at 10:58am
To Dan's family and close friends,
I just learned about Dan's passing today at a virtual meeting for the group in which I met him. As his obituary so beautifully described, he was someone who made an impression the first time you met him. His passion for helping young people through the Youth Investment Council was evident, and as I now read more about all that Dan gave to others--especially those who just needed an opportunity or mentorship--I truly realize what a great man he was. My deepest condolences to family, friends, and co-workers: may your sorrow be tempered by your memories of this good man who filled his life with good deeds.

Posted Apr 19, 2020 at 03:58pm
Dear Pat,
I was/am stunned to learn, just today, of Dan's passing. Such a loss. I am so sorry.
I still can't believe it. What a wonderful person. I enjoyed him so much, and learned so much from him, for the many years that he did audits for the Folklore Project. He was a great teacher - so generous in so many ways, and fun to work with. I know his memory, and the good that he did, will remain a blessing. But for now - just sending sympathy and sorrow. - Debora Kodish
Comment Share
Share via:
RC

I'm sorry it's taken so long for me to post this. Am still struggling to process this new reality and can't truly even begin to pretend I might understand how you are feeling. Wishing there was anywhere near close to being words expressing how deep my condolences run to you, your family, friends, colleagues, etc., etc. Please know our thoughts and best sentiments are with you.
Our world was certainly better off when there was a practicality of running into Dan for any reason. His drive to make the world a better place changed peoples's perspective and priorities. His being means something material. He changed lives for the better. For all of my days - I will strive to be the person that he inherently knew I am capable of being and to mean something to others by trying to carry on his work - and perspective.
At the proverbial end of the day - l will count myself exceptionally fortunate to have gotten to know you and Dan. Better people there simply are not. I am surely not alone in that sentiment.
With sincere love and wishes for your serenity,
Rich Chichester
Comment Share
Share via:
TP

Posted Apr 05, 2020 at 10:17am
Pat and family, I was stunned to hear of your terrible loss. Please know that I'm thinking of you at this awful time and accept my heartfelt condolences. Dan was a beautiful person and will be truly missed.
Toni Price
Comment Share
Share via: 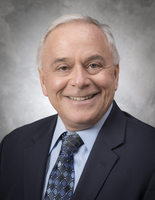 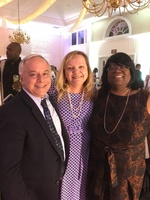 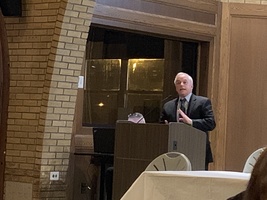