To share your memory on the wall of David Reves, sign in using one of the following options:

David was born April 1, 1959 in Youngstown, Ohio to the late John “Whitey” Reves and the late Eva Jankovich Reves. David was a... Read More
David Michael Reves, 60, passed away unexpectedly Sunday, August 18, 2019 at his home in Mount Laurel, NJ.

David was born April 1, 1959 in Youngstown, Ohio to the late John “Whitey” Reves and the late Eva Jankovich Reves. David was a 1977 graduate of Struthers High School, Struthers, Ohio and a 1981 graduate of Yougstown State University where he graduated with a Bachelor’s Degree in Civil Engineering. David received his Master’s Degree in Civil Engineering from Villanova in Philadelphia, PA. For the last 31 years, David has worked as an engineer and manager for the American Water Company in New Jersey.

David enjoyed riding his bike and was very active in the American Cancer Society Bike-a-Thon for many years, having participated in over 30 rides as well as on the planning committee. In addition to riding his bike, David enjoyed golfing, fishing, spending time with friends and family, and watching the Cleveland Cavaliers. David was particularly proud of the hole-in-one he made in 2011 at the Ramblewood Country Club, Mount Laurel, NJ.

He leaves to treasure his memory to his sister, Donna Lynn Reves of Struthers, Ohio, cousins Jeff and Maria Jankovich, Gaithersburg, Maryland and their two daughters Alexandra and Petra (God Daughter) who affectionately called him “Kum David,” Allison Jankovich of Springfield, Virginia, Connie Jankovich of Mercer, Pennsylvania, and an aunt, Rose Jankovich of Hermitage, Penssylvania. David also leaves behind several beloved friends including Julie Edwards and her son Michael of Phoenix, Arizona, John Young, Gary Naumick, and Clair Gwin and family all of New Jersey, many of whom have been instrumental during this difficult time.

David was the best brother a sister could ever have. He was very giving and was always willing to help out without expecting anything in return. He will be greatly missed and always loved. I know you are in Heaven now with Mom and Dad and watching over me.

Per David’s wishes, there will be no calling hours or memorial services. David will be cremated and lovingly set to rest next to his mother and father in St. John’s Cemetery, Lowellville, Ohio. A celebration of David’s life is being planned in New Jersey. Arrangements are being handled by Davidson-Becker Funeral Home in Struthers, Ohio and Mount Laurel Home for Funerals in Mount Laurel, New Jersey. Donations in David’s memory may be made to the American Cancer Society.
Read Less

Posted Aug 22, 2019 at 09:09am
I worked with Dave as an engineer at American Water from 1992-1998. He served many roles while I knew him. What I remember and admire about him most was his sense of mission toward his work. His attitude was infectious and you could not help but push yourself when you worked with him. I think that he will be sorely missed but the many plants he worked in will serve as a monument to his dedication toward his vocation.

May God comfort his family and colleagues in their time of need. 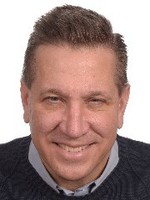 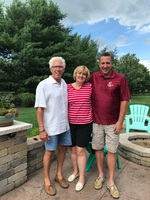 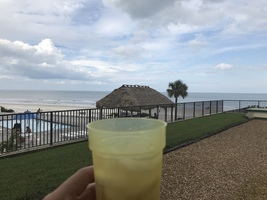