To share your memory on the wall of Elizabeth Orth, sign in using one of the following options:

Provide comfort for the family of Elizabeth Orth with a meaningful gesture of sympathy.

Initially called Elizabeth Ann or “Sister”, she was born on January 27, 1933 in York, PA, the daughter of the late Earl and El... Read More
Elizabeth Ann Orth (nee Kline), age 86, of Mount Laurel, NJ passed peacefully on Wednesday, May 8th, 2019.

Initially called Elizabeth Ann or “Sister”, she was born on January 27, 1933 in York, PA, the daughter of the late Earl and Eleanor (nee Grothe) Kline. At some point, she began to go by “Liz” with her friends. In 1954, she graduated from Millersville State University, Millersville, PA with a BS degree in Education with a major in Math and a minor in Social Studies.

Liz married Kenneth R. Clay in August 1954 and they had two daughters. After living in Media, PA and East Lansing, MI, they eventually settled in Glassboro, NJ and raised their girls. They divorced in 1978. She married Bill Orth in 1981 and they lived in San Diego, CA. Upon his death, she returned to NJ to be close to her daughters and lived in Holiday Village, Mount Laurel, NJ from 1987 until her death.

In addition to being a homemaker for many years, Liz loved her jobs as a mathematician at the US National Weather Bureau in East Lansing, MI, as the Bookstore’s bookkeeper for Glassboro State College, NJ and lastly, as a travel agent in Marlton, NJ. She has been in all 50 states, has enjoyed trips to Australia and New Zealand and has travelled extensively throughout Europe, especially Germany and the Scandinavian countries.

Liz was raised in the Lutheran faith and was a devoted member of Prince of Peace Lutheran Church in Marlton, NJ. In addition, she was a skilled bridge player, an avid reader and an expert at crossword puzzles. But above all else, she cherished the time spent with her daughters, their husbands, and her four grandchildren and will be deeply missed by those she leaves behind.

Liz is survived by her children, Barbara Homack (Drew) and Melinda Clay-Ota (Barry); her younger sister, Nancy Bradshaw (Ray); and her grandchildren, Kevin Ota, Lauren Homack, Jared Ota, and Kira Ota. In addition to her parents, she is predeceased by her late husband, Willard Orth, and her brother, Edward F. Kline.

A visitation will be held on Saturday, May 25th from 12:00 to 1:00 PM, immediately followed by the Celebration of Life Service, both at Prince of Peace Lutheran Church, 61 Route 70 East, Marlton, NJ 08053. Final disposition will be private.

In lieu of flowers, memorial donations in Elizabeth’s name may be made to Prince of Peace Lutheran Church at the address above or to the Mount Laurel Library, 100 Walt Whitman Ave, Mount Laurel, NJ 08054.
Read Less

We encourage you to share your most beloved memories of Elizabeth here, so that the family and other loved ones can always see it. You can upload cherished photographs, or share your favorite stories, and can even comment on those shared by others.

Posted May 25, 2019 at 07:34am
Mrs. Orth was a great Lady, and the best Customer at the Mount Laurel Library. I always enjoyed talking to her. Rest In Peace.
Comment Share
Share via: 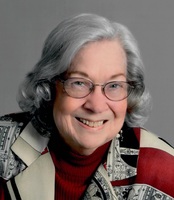