To share your memory on the wall of Herbert Caesar, sign in using one of the following options:

Unknown to even his family, Herbert possessed an artistic gift, which did not become known to them until after he retired from the U.S. Postal Service. He became a self- taught artist, who developed unique collages and various “mosaic art” pieces. These works have been displayed in various venues and is now a private collection. When questioned by collectors, as to which piece was his favorite, he often stated, "Just like my children, they are each special, in their own unique way".

He and his late wife Thelma (a retired employee of the Bell Atlantic Phone Company) are the proud parents of six children, all of whom possess advanced degrees in the areas of education, finance and law. Herbert is survived by his beloved children; Tanya Caesar-Waller (Ralph); Lillian Darcel Caesar; Rochelle D. Alicea (Fred, who was loved by him as so much more than a son-in-law); Herb Caesar, Jr; Collette D. Caesar; Yvette D Mouton. He was also blessed with five grandsons, Ricardo Alicea( Julia his wife), Randolph Waller, Charles Mouton, II, Daren Caesar, Aaron Mouton and Tami Jordan, who always referred to him as grandpa; one great-grandson Leandro, and one great grand-daughter Luna, in addition to a host of nieces, especially Pamela Jenkins and many nephews. A special acknowledgment must be given to Dr. Craig Piper, who will always be considered another member of the immediate family.

Herbert was predeceased by his wife Thelma; his mother Nellie; his older brother Ivan and his younger brother Adolph (stage and screen actor). Services will be private. In lieu of flowers, donations may be sent to the American Diabetes Association:
https://www.diabetes.org/
Read Less

Receive notifications about information and event scheduling for Herbert

We encourage you to share your most beloved memories of Herbert here, so that the family and other loved ones can always see it. You can upload cherished photographs, or share your favorite stories, and can even comment on those shared by others. 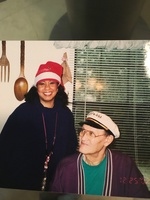 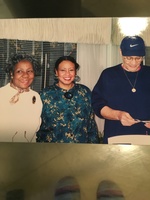 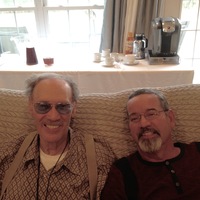