To share your memory on the wall of Joseph Miller, sign in using one of the following options:

Print
Joseph John Miller, Sr. of Mount Laurel, NJ passed away on Friday, March 6, 2020, in the comfort of his home, surrounded by his loving family. He was 75 years old.

Mr. Miller was born in Camden, NJ to Richard and Thelma Miller (nee Wi... Read More
Joseph John Miller, Sr. of Mount Laurel, NJ passed away on Friday, March 6, 2020, in the comfort of his home, surrounded by his loving family. He was 75 years old.

Mr. Miller was born in Camden, NJ to Richard and Thelma Miller (nee Wise). He had previously resided in Tabernacle, NJ before moving to Mount Laurel 30 years ago. He was a longtime communicant of Holy Eucharist Roman Catholic Church, in Tabernacle. He served honorably in the United States Army, during the Vietnam War era. After his military service, Mr. Miller had a long and successful career in the technology industry. He was the President and CEO of Telegenix Inc., before his retirement in 2018. In his free time, Mr. Miller was active in the American Legion and the VFW Post 2692, and he also enjoyed fishing, hunting, music, and spending time with his family. He was known for being a handyman and for his laid-back personality.

At the request of the family, all services will be private. Memorial donations can be made to Moorestown Visiting Nurse Association, 300 Harper Drive, Moorestown, NJ 08057 or to St. Jude Children’s Research Hospital, 501 Saint Jude Place, Memphis, TN 38105.
Read Less

We encourage you to share your most beloved memories of Joseph here, so that the family and other loved ones can always see it. You can upload cherished photographs, or share your favorite stories, and can even comment on those shared by others.

Posted Mar 16, 2020 at 08:13pm
grandpop, so many memories I will cherish forever so blessed you called me your grandchild as well. i’ll take care of your daughter and grandsons always❤️ we are missing you so much. we love you!!! Pop we sure do miss you. Riley wanted this picture posted here with his baby sister Madeline. He misses his everyday adventures to Mom-Mom and Pops. Riley talks to Maddie everyday about you so she will always remember her Pop Pop. LOVE YOU XXOO. P.s. I promised you I would be taking care of Mommy and I will continue to honor my word no matter what circumstances arise. Til we meet again LOVE your Daughter Queenie and kiddos. 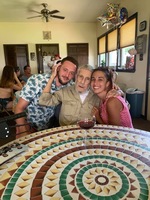 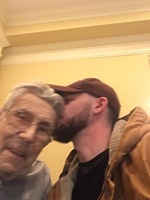