To share your memory on the wall of Michael Baratta, sign in using one of the following options:

Print
Michael John Baratta, age 59, passed away on March 18, 2020, at his residence surrounded by his loving family.

Mike was born in Camden, NJ, and raised in Pennsauken, NJ. He was a former resident of Pennsauken, NJ, before moving to Cinnam... Read More
Michael John Baratta, age 59, passed away on March 18, 2020, at his residence surrounded by his loving family.

Mike was born in Camden, NJ, and raised in Pennsauken, NJ. He was a former resident of Pennsauken, NJ, before moving to Cinnaminson, NJ, more than 30 years ago. He was co-owner of A.C. Radio Supply, Inc. in Philadelphia. For pleasure, Mike enjoyed hunting, fishing, and spending time at the beach. He also had a deep passion for music and attending concerts. His favorite bands were America and Bruce Springsteen & The E Street Band. Mike was a passionate Philadelphia sports fan, but his love for hockey and the Philadelphia Flyers outweighed all other sports. He and his family held season tickets for the Flyers for close to 50 years. One of Mike’s fondest memories of the team was being on the ice an arm’s length away from Bob Clarke and Bernie Parent as they skated the Stanley Cup around the roaring Spectrum in 1974. But, above all else, Mike cherished time with his family more than anything. He made sure his two sons received the education they needed to become successful young men, and that his wife always received abundant love and support as they lived a wonderful life together.

Mike was predeceased by his parents, Frank “Gus” and Marie “Mare” Baratta, and his brother, Joseph A. Baratta. He is survived by his loving wife of 31 years, Susan E. Baratta (nee Stewart); his sons, Michael Baratta (Shanna Zimmer) and Dom Baratta; his siblings, Joanne Sims (Craig), Anthony Baratta, Frances Ward (Jim), Stephen Baratta (Mary), and Frank Baratta (Sue). He is also survived by many loving nieces and nephews.

Family and friends are invited to attend his funeral mass on Saturday August 22, 2020 at 10:00am from St. Mary's Catholic Church 2001 Springdale Rd, Cherry Hill, NJ 08003. St. Mary's will be live streaming the funeral mass for those who can't make it. Interment will follow at Lakeview Cemetery.
In lieu of flowers, his family requests donations be made in his memory to the American Cancer Society – Relay for Life:

Receive notifications about information and event scheduling for Michael

We encourage you to share your most beloved memories of Michael here, so that the family and other loved ones can always see it. You can upload cherished photographs, or share your favorite stories, and can even comment on those shared by others. 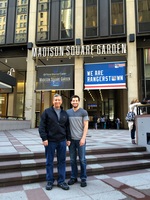 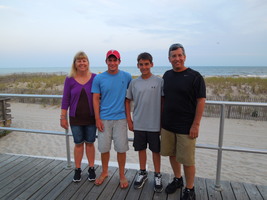 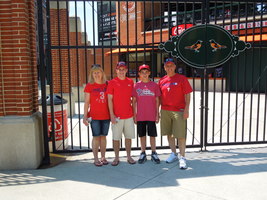