To share your memory on the wall of Robert Bentzley, sign in using one of the following options:

Provide comfort for the family of Robert Bentzley with a meaningful gesture of sympathy.

Print
Robert Bentzley, 89, loving uncle, passed away on October 15, 2019. Robert was the son of the late Lewis and Theresa Bentzley. Born September 15, 1930 in Hilltown PA, he lived most of his life in Pennsauken, NJ.

Robert was a v... Read More
Robert Bentzley, 89, loving uncle, passed away on October 15, 2019. Robert was the son of the late Lewis and Theresa Bentzley. Born September 15, 1930 in Hilltown PA, he lived most of his life in Pennsauken, NJ.

Robert was a veteran of the US Army having served his country for two years during the Korean conflict. He was a loyal and dedicated employee of Atlas Industrial Coatings for 50 years, an accomplishment for which he was very proud. Robert loved cats especially his pet cat, Colorado.

He is survived by his nephew Ron Bentzley and his family, his niece Lynn Watson and her family, sister-in-law Sandra Wilson, and various other nieces and nephews. Preceding Robert in death were his parents, sister, Shirley Brown, and brothers Lewis, Charles, and Ronald (twin).

The family would like to thank the staffs of Jefferson Hospital ICU in Cherry Hill and Samaritan Hospice of Mt. Holly for their genuine compassion and commitment to the care of Robert during his last days.

Friends and family are invited to attend his graveside service on Saturday, October 19, 2019 at 1:00 pm at Woodbury Memorial Park, 879 Kings Hwy, West Deptford, NJ, 08096. In lieu of flowers, contributions in his name may be made to Animal Welfare Association, 509 Centennial Blvd, Voorhees, NJ.
Read Less

Receive notifications about information and event scheduling for Robert 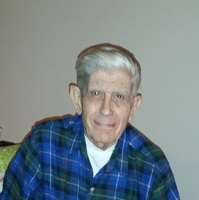