To share your memory on the wall of Wilford Lawrence, sign in using one of the following options:

Provide comfort for the family of Wilford Lawrence with a meaningful gesture of sympathy.

Print
Wilford Harry Lawrence III (known to his family as "Pop") of Cinnaminson, New Jersey passed away on Friday, September 20, 2019 in the comfort of his own home at the age of 64.

Wil was born on October, 28 1954 Camden, New Jersey and was ... Read More
Wilford Harry Lawrence III (known to his family as "Pop") of Cinnaminson, New Jersey passed away on Friday, September 20, 2019 in the comfort of his own home at the age of 64.

Wil was born on October, 28 1954 Camden, New Jersey and was a long time resident of Mount Laurel, New Jersey, before moving to Cinnaminson in 2017.

He worked as a salesman at All Current Electrical Sales in Moorestown, New Jersey for over 35 years and was known for being steady and loyal. Nothing made him happier than a great sale at the local Costco, or letting his children know they should have listened to him the first time and rehashing the advice that was not listened to. His true passion in his life was his family, and will be greatly missed by those he leaves behind. Survived by his children, Wilford Harry Lawrence IV (Jackie), Cortney A. Lawrence, and Harrison D Lawrence; Grandchildren, Aidan C. Lawrence, Rowan E. Lawrence, and Wilford H Lawrence V; sister, Linda Ebner.

We encourage you to share your most beloved memories of Wilford here, so that the family and other loved ones can always see it. You can upload cherished photographs, or share your favorite stories, and can even comment on those shared by others.

Posted Sep 26, 2019 at 06:36pm
Bill Patouhas and family from Rocco Steaks Camden NJ.Every year around Christmas Will would bring a bottle of Wine to Rocco'
and thank us for many years of great service and the best breakfast.We will miss him.thoughts and prayers with you.God Bless you.
Comment Share
Share via:
MH

Posted Sep 25, 2019 at 09:00pm
We are grateful Wil shared his wisdom and caring, generous spirit with us. We feel blessed to call him our friend. Thinking of him will always bring a smile to our faces. We hope your memories do the same. We will miss him. Our heartfelt thoughts and prayers are with you.

Posted Sep 25, 2019 at 10:44am
I had the pleasure of working with Wil at All Current. I had the upmost respect for him & his incredible work ethic. He was a dedicated salesman...making sure his customers were handled properly, and their needs were met with satisfaction. He always had a story for me with a positive attitude and smile. My condolences, and prayers go out to Harrison, and the Lawrence family. Rest Easy Wil..God Bless You.

Posted Sep 24, 2019 at 03:06pm
Wil was my salesman since 2001. I was working many Nuclear Outages back in the early days and Wil was always there and willing to jump through hoops to get out what I needed. He was perhaps the best salesman I have ever worked with. I did catch him one time when I had just finished remodeling my house and Wil was on his kitchen adventure. I will always remember how we were able to communicate on a personal level and not just business. He will be missed by everyone who dealt with him. My condolences go out to the entire Lawrence family, especially Harrison whom I have had the pleasure of dealing with these past few months. The apple does not fall far from the tree. RIP Wil
Comment Share
Share via: 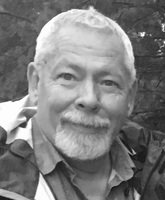